News of our latest win - in the Gold Coast Bulletin 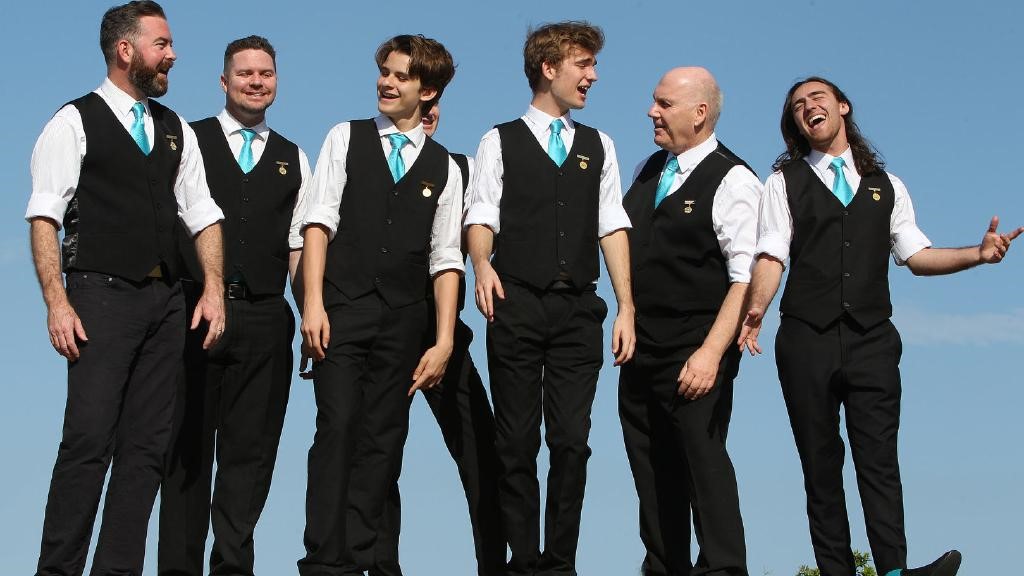 IT is hard not to fall in love with the four-part harmonies of this Gold Coast a cappella chorus group.

The judges at the 17th Barbershop Harmony Australia National Convention, held in Hobart, certainly could not resist Sound Connection’s talent, giving the all-mens group the top gong for best chorus.

The 22-man, the Helensvale-based team took on 17 groups from across the country before serenading the judges with their barbershop renditions of Dean Martin’s Ain’t That a Kick in the Head and Can’t Help Falling in Love by Elvis Presley.

Vice president Jerry Sadlowski said the group was thrilled it had won for the third time.

“You can only compete every second year once you’ve won,” Mr Sadlowski explained, meaning the group had scored top spot each time it performed.

And in 2021 it hopes to win for the fourth time, this time on home soil when the national titles came to the Gold Coast.

Sound Connection features about 30 members, ranging in age from 15 to 71.

It is even a family affair for some members, with a grandfather, father and son trio in the group

“We have section heads (for tenor, lead, baritone and bass). People who want to join send the tape of themselves singing and the section heads decide.

“A lot of it is hard work. Generally speaking most people can sing, it’s just putting the work in. It’s rare to find people that are tone deaf.”

Sound Connection train once a week, as well as extra dates for upcoming events.

The group will hold an open night on October 14.
For details - https://www.soundconnection.com.au/dbpage.php?pg=view&dbase=events&id=86332